Was My Daughter Given an Experimental Fluoride Treatment?

Was My Daughter Given an Experimental Fluoride Treatment?

When I was a child I absolutely hated the fluoride foaming trays we had to do. It made me hate going to the dentist. I waited until my daughter was about five to go see one in the hopes that she wouldn’t hate it as much as I did. We lucked out big time, or so I thought. Not only did she love her pediatric dentist but they didn’t use those foamy trays. Instead, they used a paint on fluoride and my daughter never had to endure what I did.  Then, I had an insurance change, which required me to switch pediatric dentists. When my daughter went in for her checkup, they used the foamy stuff. I explained how much I hated that growing up but they assured me that it wasn’t the same stuff that I had to use and this one tastes much better. Unfortunately, that was not the case. My daughter gagged, spit it out, and cried. Now I am worried she won’t like the dentist anymore. I asked them about the paint on stuff but they said that it is too new to use. Did the other pediatric dentist use an experimental treatment on my daughter? 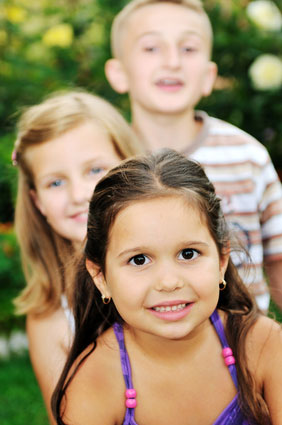 I am glad you wrote. The first thing you need to know is that the paint on treatment your daughter received was definitely not experimental. It has been thoroughly tested. The American Academy of Dentistry gave their clinical recommendations on the product in 2006. It has been widely used since then.

Newer studies have shown that not only was the AAD’s recommendation spot on but the brush on treatment is superior in patient use.

Because it is easier to use, children as young as six months old are getting fluoride treatment with no problems whatsoever. While some people were worried about the possibility of fluorosis with its use from such a young age, there has been no evidence of that at all.

The bottom line —  your previous pediatric dentist not only did not use an experimental treatment on your child, but they were up to date with the latest treatment options in their field.

Your current dentist seems to be old school and prefers to do things the way they have always been done in the past. While that is their prerogative, I do not think it was okay for them to imply the other treatment was not safe. In this case, you may be better served by a different pediatric dentist.

This blog is brought to you by Mt. Dora Dentist Dr. Stillman.